Volterra joins the Etruscan Confederation (Dodecapoli) only during the second half od the 6th century BC and its power grows with the decline of Veii, Tarquinii and Caere that were hit by the Romans. The City-state had a great development thankfully to silver and copper-mining aside with the extraction of alabaster. In the 3rd century BC becomes a Roman territory without any conflicts and differently to the other cities built good relationships with the Roman empire until the war between Marius and Sulla. Volterra hosted within its walls Marius’s army; Sulla unleashed his army against the city that after being devastated and plundered lost also the right of roman citizenship and the property of its territory. Marcus Tullius Cicero helped one of the most powerful Etruscan families the Cecina Later on these were able to re-obtain the property of Volterra and help the city flourish again for a short period of time. Following events will see the entrance of the Gauls new conquerors, and Volterra final decline. 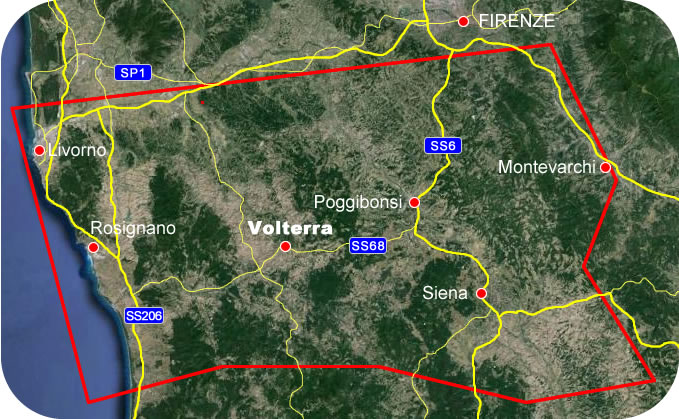