Since the 7th century BC Vetulonia had a relevant commercial activity that would create competition with the neighbouring Etruscan City-states of Roselle, Populonia and Vulci. For centuries Vetulonia was considered a mythological Etruscan destination, Dionysius of Halicarnassus or Silius Italicus both tell how Rome absorbed from Vetulonia the symbols of power such as fasces, the red togas, the curule seat and the utilization of the war-trumpet (the lituus). Only in the 19th century with continuous excavations the first evidence of the city came out demonstrating its existence in history and the weight it had in the Etruscan Confederation. To support such discovery a stone later in 1840 with the names of Vulci, Tarquinii and Vetulonia confirmed completely the existence of the city. According to Pliny the Elder Vetulonia was one of the inland colonies of the Etruria. It is still unknown what caused the end of this city whether the Romans or malaria that spread in that area. All that is possible to assume is that the city territory was incredibly vast and had a very active trade with maritime exchange and commercial activities. 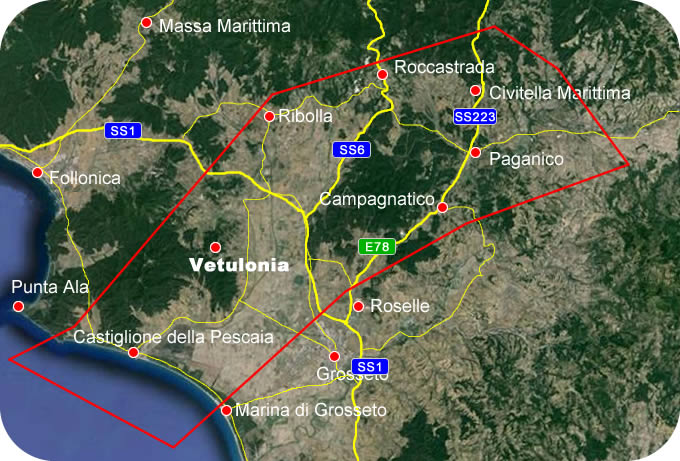