Its establishment goes back to 1000 BC and the city flourished during the 8th and 6th century BC. Tarquinia was one of the most ancient and important Etruscan settlements of the Confederation (Etruscan Dodecapoli) and was home of the dynasty of the Tarquinii; the City-state fought against Rome several times to then be defeated by the Romans in 295 BC.
On its coastline the city extended its power by establishing a maritime colony that would go by the name of Gravisca; this was the main port gate of Etruria for quite a long time. In the Etruscan Confederation the city acquired quite a predominant role thankfully to its active port of Gravisca that improved considerably commercial relationships with Greece and the eastern Mediterranean.
During the Tarquinii’s reign the city-state tried continuously to impose its supremacy over the Confederation to fight the Roman expansionism up to the last conflict with Rome and then its surrender in 308 BC. Later, Rome swept away completely the Etruscan civilization by burning all possible document that could lead to the Etruscan culture but even so, the territories conquered kept ceremonies, athletic games and beliefs. Only in 90 BC Tarquinia was given the opportunity to become a Roman Municipium. 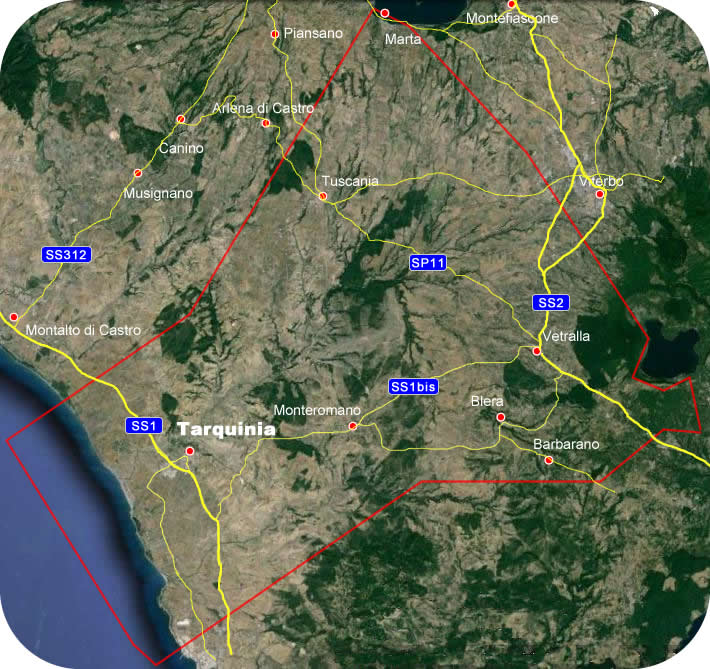 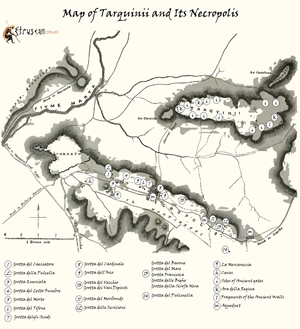