Near to Grosseto, between the valley of Ombrone and the Maremma grossetana, lie the ruins of Rosellae, Rusul in Etruscan. Founded in the 7th century BC on the shores of Lake Prilius (a lake that disappeared), Rosellae had geographical advantages that would be given by natural defenses and an incredible control of the basin of Ombrone river thankfully to its strategic location. Besides, the wide inland the city had was very fertile and suitable for cultivation. Roselle developed without any regard amongst the neighboring lucumonie, not even Vetulonia would be considered, becoming then a city-state of the Etruscan Dodecapoli. According to Dionysius from Halicarnassus, the City-State of Rosellae joined Arezzo, Volterra and Vetulonia in the war against Tarquinius Priscus, originally from Tarquinia and 5th king of Rome (from 616 to 579 BC). In 293 BC it was conquered by the Romans. Rosellae inilitially became a Roman municipium and subsequently a colony. In the late imperial age Rosellae begun a period of decadence as well as all other Roman cities. Rosellae is home to different buildings from different historic periods that recall the Villanovan, Etruscan and then Roman civilization. The discovery of attican ceramic with red figures testifies the commercial relationships with Greece and the Greek colonies of southern Italy. Proof of that is the ancient etruscan necropolis of the VII-VI century BC composed of chamber tombs and tumulus where these ceramics were found. 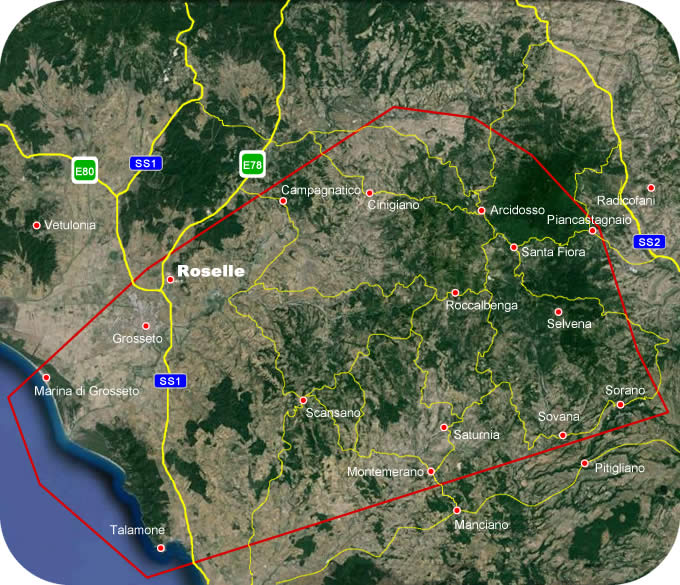