If you conduct a quick Google search for “maneggio Lazio” you get an astounding 495,000 results. 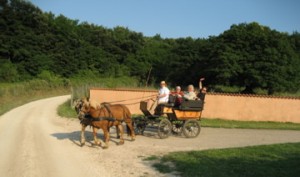 This is not such a surprise considering how green this area is, how much agriculture there is in the fertile area north of Rome, and also taking into account the varied landscape of the region: tufa cliffs, over a hundred courses of water from tiny streams to wide rivers like the Tiber, lush forests, ancient Roman roads, and meandering trails.

I have never seen so many horses casually grazing, so many relaxed riders, so many stables both public and private as I have encountered here in Tuscia, north of Rome. These are not the butteri of the Maremma, though that too is Lazio. These are a sort of suburban cowboy, weekend and pleasure riders, very frequently young professionals who go riding out of passion for the sport and company, who go riding in pairs or groups on long spring evenings when temperatures begin to moderate. Make no mistake – they are serious and able horsemen and women! The medievally-costumed riders, who represent the four contrade here in Civita, practice for months to prepare for the competition held annually at the Forte Sangallo during the local festival of San Marciano and Giovanni (Sept. 13-21st, 2015) – the town’s two patron saints. 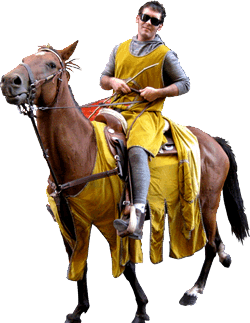 The historic effect is only slightly ruined when they parade to the moat of the fort for a modest, but very competitive, palio by wearing chic sunglasses and frequently smoking anachronistic cigarettes. Each rider has a snarky nickname that only their friends and family fully appreciate. They are judged on their speed around the track, and on the number of suspended rings they manage to impale on their lances. Sadly, it is almost exclusively a local affair. No one from outside seems to attend or even know it exists, and locals are in no hurry to spread the word.

The victorious team is feted in main piazza with a dinner. This autumn there might even be a bigger, medieval, mini-extravaganza with archers, finger-food aplenty and wenches of all ages and of both sexes. 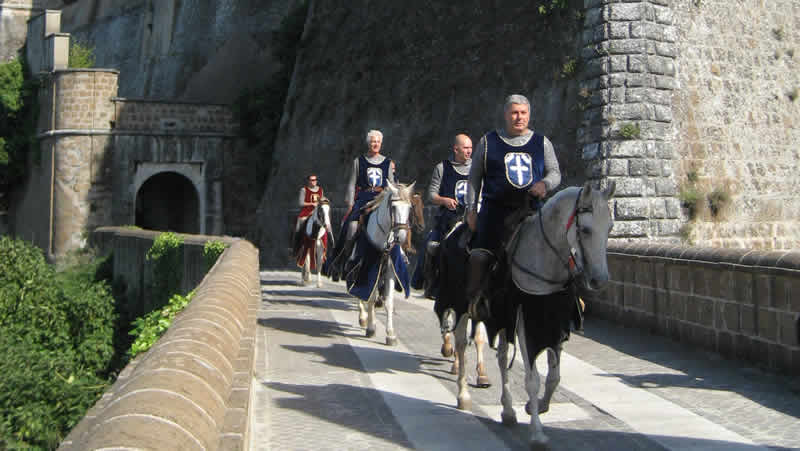 Several local groups are happy to take reasonably experienced riders on horse treks along the glorious streams, between volcanic lakes, and over glorious countryside in all but the hottest months.

There are beautiful countrysides to discover in magical areas formerly inhabited by the Etruscans. 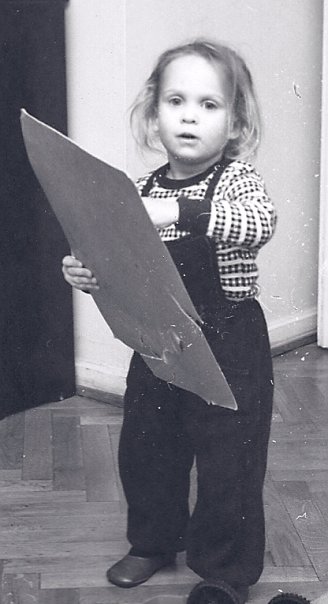 Alison Kurke
Alison Kurke is an American currently living in Civita Castellana. She is a former art historian, former auctioneer, former tech worker, and current promoter of the Agro Falisco and all of its charms. She loves red wine, smart people, dark chocolate, moderate temperatures, and gluing things. She hates organ meats, Republicans, and spiders. Her motto is: TUSCIA!! Proudly Never the "Next Tuscany"!