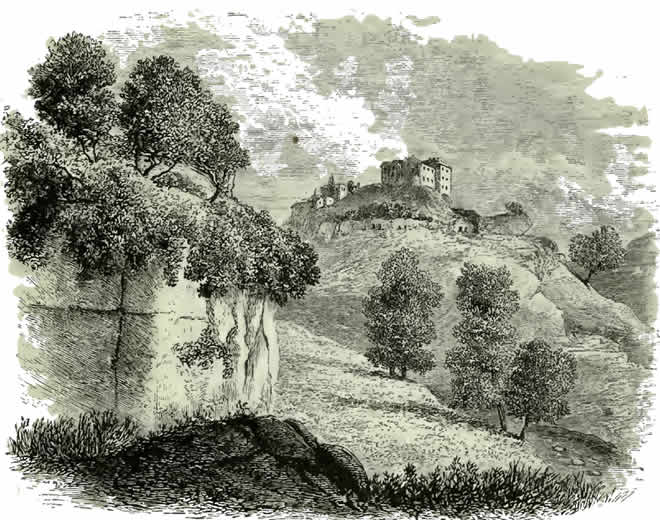 Where history was speechless, graves speak.

In the complete lack of historical sources, the only way we have to reconstruct Etruscan history is to consider civilization evidences passed to us through the Monumental Necropolis in Italy.

The Etruscans appeared suddenly during the 10th century BC and ruled until the conquest of Veii in 396 BC by the Romans. Later on towards the end of the 1stcentury BC they were completely absorbed by the Romans.

What has been left to reconstruct approximately the history of the Etruscans lies in the historical descriptions from the Roman and Greek civilizations; while what concerns their costumes, daily routine, and lifestyle we can read their words through architecture, engineering, and above all their Necropolis whose walls echo and transmit how profound were their rituals and beliefs.

Their Necropolis were located out of the town-walls and were usually built in parallel to the Kardo and the Duodecimanus of their Acropolis.
What gave us information about their mysterious existence is related to their religiosity and respect towards the dead. Their esteem to the dead was immeasurable and continuously present in their sacred places. They were cities of the dead and not of the living so the approach had to be different, adequate and deeply profound. However, the archeological studies on the Etruscan Necropolis will barely fill the gaps caused by the loss of historical documents such as the Etruscan Annals (gli Annali Etruschi), Theophrastus’ studies, Verrius Flaccus’ studies, and the famous Tyrrenikà, a collection of twenty volumes written by the Roman Emperor Claudius.

Going back to the Etruscan architecture, all we know is that for each Acropolis would correspond one or more Necropolis. The list is incredibly long and some Necropolis cannot be reached easily or even visited.

For these reasons we would suggest the innumerable administrations or organizations to help the new generation, in a time where employment is hard even to pronounce as a word, to find an occupation by designating new jobs that regard to the supervision and maintenance of these sacred places that are UNIQUE IN THE WORLD.