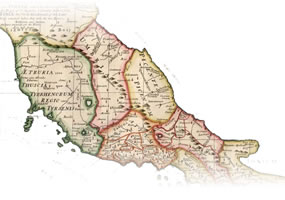 The Etruscan civilization lies his history since the 9th century B.C. while the iron age was taking place. Today we can still admire Etruscan ruins and through them try to follow and reconstruct their story. This civilization built several City States that later on expanded their domain. Such cities were governed by the Lucumone, word that represent an honorific title as important as the one kings cover in their reigns. The states, therefore, were named Lucumonias a name derived from their rulers. It is believed that there was a league of twelve city states, such league was presumably founded to establish a religious bound rather than political. A summit between these Etruscan cities was held yearly in Fanum Volturnae, a place possibly located near Volsinii. During this occasion the cities’ representatives were electing  the leader of the Federation and, in addition, important political and economic issues were discussed though the Dodecapoli (the twelve cities) were in a constant competition. The latter was a peculiar aspect of the Federation that caused weakness against external enemies. Since the 5th century B.C Political order was based on monarchy were aristocrats would be the rules, later on those centuries democracy would take place. Renowned magistrates based on epigraph were pusthi, silath, and maru, corresponding to the aedile, the praetor and the quaestor figures of ancient Rome. 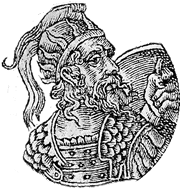 From the 8th century B.C. the Etruscan expansion begun; in the conquered territories the losers were sometimes culturally absorbed, example is Veio. In other occasions they imposed their political dominance, as in Falerii, Capua, Rome (their temporary hegemony in Rome during the 6th century B.C. left traces in the Tarquinii, Mastarna and Porsenna traditions), Campania and North of the Apennines. The first sparks of conflicts between the Etruscan civilization and Roman Empire expansionism begun from the 5th century B.C. following then the demise of the Etruscan presence.   Regarding the Dodecapoli and the League there are no traces left or which cities were included. Still today their boundaries are only imaginary. Presumably the first cities were Veio, Caere, Tarquinia, Vulci, Roselle, Vetulonia, Populonia, Volsini, Chiusi, Perusia, Arretium and Volterra. As time goes by and circumstances changes some cities lose their territory while others grow and replace the originals becoming part of the Dodecapoli. Among them Falerii, Cortona and Fiesole. 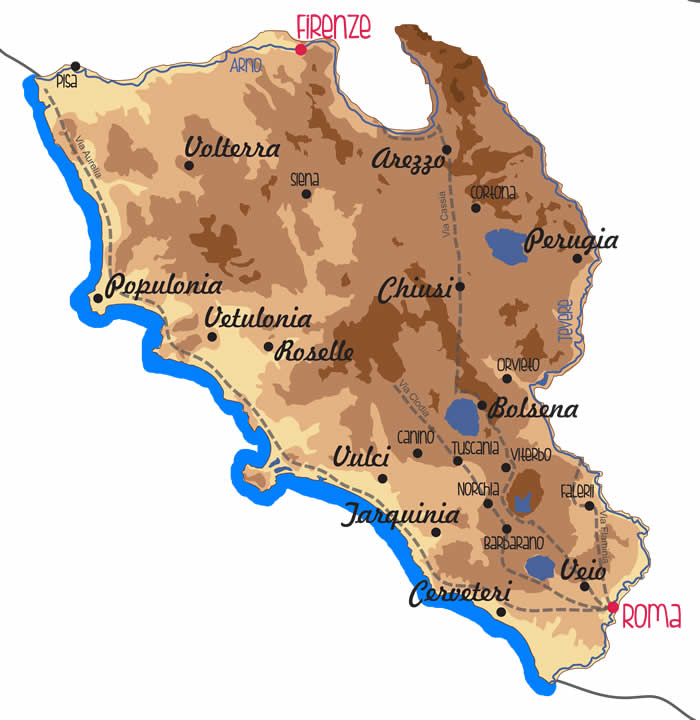