Etruria is the ancient name of the region that comprised part of Tuscany, Umbria and northern Latium. Most of the territory has a high presence of solidified lava and tuff, materials resulting from intense volcanic activity started between 1.35 million and 800,000 years ago, ending less than 90,000 years ago. This terraforming activity caused huge changes to the geo-morphological appearance of the area: the Tyrrhenian coast to the west, with sandy coastline framed by the typical mediterranean vegetation; the plains of Maremma Tosco-Laziale ; the oaks and chestnut trees dense mountains; the Cimini Mountains secular beech trees; the volcanic lakes; the river gorges and the characteristic tuffaceous spurs. The presence of the large mining basin with outcrops mineral of copper, iron, lead, silver, antimony, zinc, arsenic and tin were of incredible importance prehistoric civilization that were in Etruria. 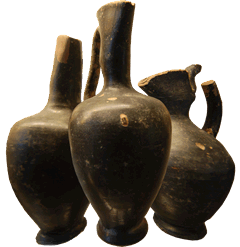 The presence of clay in the ground contributed to the development of ceramic art; still today many masterpieces of high artistic interest are still possible to admire in the museums. It is in this area, from the 8th century BC, that the Etruscan civilization developed. The ruins of the main settlements can be found in the plains and hills most probably for their importance of commercial activities, agriculture and mineral resources that needed to be near routes, rivers, lakes and the sea to facilitate communication between the Etruscan city-states. Visiting Etruria means travel back in time; the ancient territory is not very different from what we see today, the main difference is that the current inhabitants of this region do not fully comprehend the importance of their land, the meaning it had in the history of European civilizations and how sacred it was for the Etruscans. 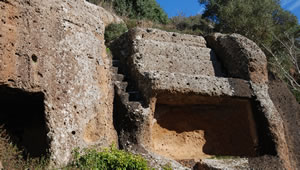 They left indelible traces of their passage despite the fact that many centuries passed by. Of this ancient people we maintained the layout of the cities, the water system supply, the roads, the defensive walls and their temples, most of the cooking recipes, the typical agricultural products, farming, fishing and hunting techniques. Etruria is a region full of ancient history, with immense artistic hidden heritage, many monuments and spectacular locations with wonderful landscapes that only waits to be visited.