What has been over the years centre of interest for Archaeologists and Anthropologists it is the incredible effects ancient civilizations had on the evolution of human beings; this happened in a very short time.

Everything starts with the early human (hominids) that for centuries followed Palaeolithic schemes to live on (2.5M of years ago); they then learnt the art of agriculture and cattle breeding to better survive (10.000 years ago). In some excavation that go back to the Palaeolithic times, researchers found rough tools made out of stone that lead them to a much more interesting discovery; buildings, palaces, temples, artefacts made with iron. The usual hominid in a short time transformed himself to Architect, Engineer, Artisan.

All cultures talk about deities coming from the sky, accompanied by rumbles of thunder and flames; our creators came down on earth to make it more habitable and show the human race new techniques to take advantage of the natural resources. The hominids literally witness the greatest change in the history of Humankind.
It is for this reasons that all human cultures remember the same events or occurrences in the form of Legends or Myths.
From the first ancient brahmin tablets, the cuneiform scripts of Ur, to the Bible where Isaiah describes the arrival from the sky of gods descending on burning chariots; we see the transmission of knowledge, lows and rules to the Humankind (Moses). Moreover, another occurrence that is mentioned by all civilizations is the Great Flood.
Throughout the centuries, each civilization transformed and developed forms of cults and myths, but all of them when deeply studied seem to belong to a common original matrix.

In Archaic Knowledge we investigate on myth, rituals, and legends common to the great civilizations of the Humankind. Our History is a lot more complex than what it looks.

The Etruscan books were texts full of principles created to guide the society, the politics, and the religious life of the Etruscans. Subsequently during the first century BC, these books were translated in latin by Tarquinius Priscus (Libri Tarquitani) and re-examined by Cicero (De Divinatione)… The Rituales bookswere a collection of rituals for the creation of cities, temples, and houses. In these books were written all rules that governed the organisation of politics, religiousity, the army for the good of the community and not least the methods to adopt for wars or peace treaties…

In 1989 appeared in the libraries the collection of books ‘’Millelire’’ an initiative proposed by ‘’Stampa Alternativa Edizioni’’. Among its publications there is a curious book titled Ritratti Etruschi (Etruscan portraits) written by the roman photographer Marco Delogu. This composition is part of a broader project focused on the association of different individual portraits and their common experiences…

Etruscans and the Water

The concept of water as principle for life was first coined by the Babylonians and later on passed to other civilizations. Water was considered a sacred element and the origin of every form of life. Thus, it was associated to feminine fertility; the foetus grows in the water of the mother’s womb.
The Etruscans had a profound spiritual relationship with the water. Their bound with water involved cults practised in forests near water springs, the construction of sacred altars, and worship toward trees, stones and animals. An example is the circle of stones… 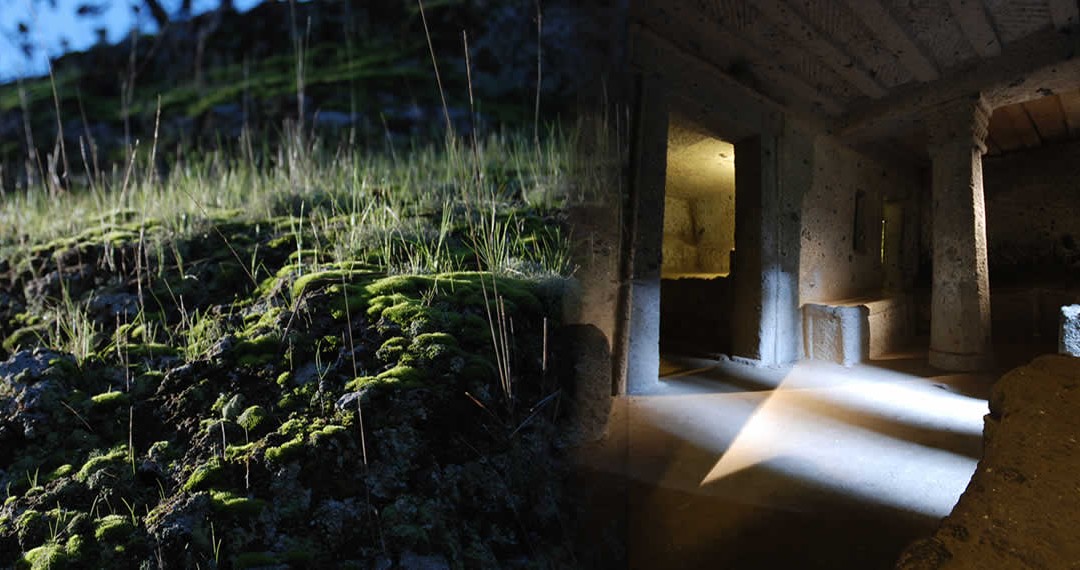 The Mysterious Etruscans The ancient Greeks used to call them Tyrrheni, Romans would call them Etruscans or Tuscians but, in their own language they would call themselves Rasenians. This civilization appeared three thousand years ago on the Tyrrhenian coast line to... Read more
Next Entries »