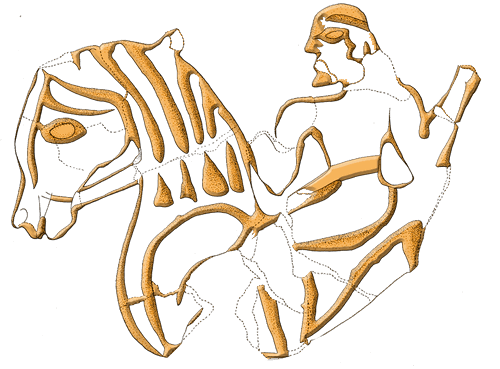 The Etruscans compared to other populations were a very advanced civilization that lived in Italy since 900 b.c. They knew how to write, paint, metal processing techniques, agriculture and architecture. They had a very complex religion with precise rituals. Even the foundations of the city is a religious ceremony, that the idea of the city was conceived well before being built.

The wide streets intersect at right angles, the direction they follow, the perimeter, the city walls, the access doors: an urban concept that the rugged pastors living in the area not yet called Etruria had never seen before. Away with the scattered huts! Here are the houses with stone foundations, wooden structures and teracotta decorations.

With the Etruscans the idea of stability was born, to live in the same place for a very long time, a community to which one belonged to, well regulated, organized and modern.